Sparky and I are American Eskimo dogs.

I thought that was obvious, but some times things

are not as obvious as we think. Recently, our friends

So here in this post, I, Milky, will tell you

What is American Eskimo?

I am told our ancestors are from Germany, even though

the name has “American”.

The following quote tells you more than you wanted

to know about us, American Eskimo dogs! 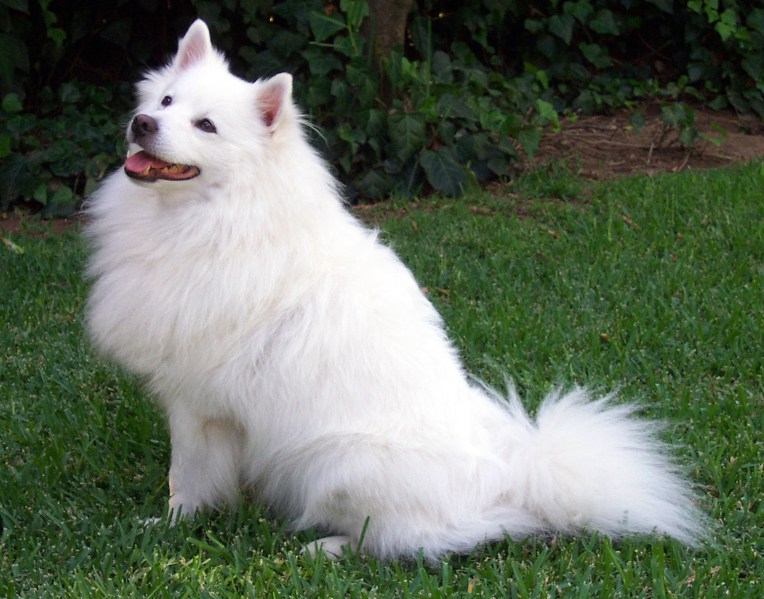 What is not well known is that there are “black” color

American Eskimo dogs, though majority of

American Eskimo dogs are white with or without

some brown/beige colors in them.

I can easily hide in the snow, and our owner won’t know about me!

That was the best thing that happened to us! 😺😻😸

We were so cute and our owner couldn’t say “no”, not to buy

us from our original owner.

One thing you may notice about us is that we get

Obviously, this tendency increases when we grow older.

When Sparky now sees strangers, he can be barking all

over the place. That’s because Sparky thinks he needs

to protect me and our house. 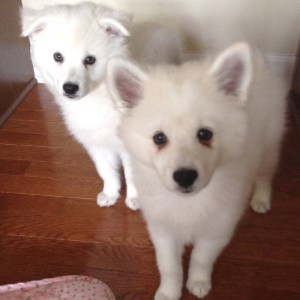 For this reason, new buyers may consider getting our

fellow American Eskimo dogs when they are relatively

small around 3 months. By this time, we are strong

enough and curious enough to get to know other

We know we are very cute and others are the same.

Some of readers may well be looking to buy

the following sites may help:

Petfinder for American eskimo breeds…we did that for our second one, and there are a lot of rescues that post with them.
https://www.reddit.com/r/dogs/comments/1dtjqp/
https://www.petfinder.com

Our original owner had our American Eskimo mom and dad,

and Sparky and I were born as part of 6 sibling puppies.

We had 4 girl sibling and 2 boy sibling in total.

all of our 6 siblings, and decided to sell us on Craig’s List.

Our owner was not really a professional breeder.

He just happened to have our parents and we were just born.

Sparky and I were original priced at $600/each.

In the end, our current owner got some discount since

she got us 2 at the same time!

I am so glad Sparky came with me because if I were alone,

I don’t know how I would have behaved, and I may feel

lonely not being able to play with others.

Sparky makes me a good company. He is a very nice brother for me.

Wherever you get dogs from, make sure to obtain the latest shot

records as we need to be vaccinated from time to time.

Other on-going costs include:

owner got us), we were about 7 lbs each.

Our owner was able to carry both Sparky and me

at the same time with her arms.

Sparky and I were hungry and we were eating a lot, and

soon, we were becoming pretty big.

when were fairly small.

American Eskimo dogs are typically categorized in 3 sizes as below:

It turns out Sparky and I are “Standard” size!

That means we will still grow bigger soon!!

you may want to look for “Toy” size.

Though we may look alike, Canadian Eskimo Dog breeds

are one of the oldest pure North American breeds.

They are also adorable like us, American Eskimo dogs!!

Their colors may vary with white, black, brown, some mixed, etc.

The following site will give you more than you wanted to know!

The Canadian Eskimo Dog is an Arctic breed of working dog (Canis lupus familiaris), which is often considered to be one of North America‘s oldest and rarest remaining purebred indigenous domestic canines.
https://en.wikipedia.org/wiki/Canadian_Eskimo_Dog

Sparky and I shed a little, and there are some conflicting

reports on hypoallergenic traits on us, American Eskimo.

Some say we are hypoallergenic while others say otherwise.

Shedding is probably not too bad so far, but there are some.

You do need to brush us often like twice a week at least (We do daily).

We have not yet experienced Spring, and we hear we shed

the worst in Spring time. We will be able to tell soon.

Our owner also clean the floor often with sweeper for dog hair.

Today, our owner cleaned the central vacuum tank, and it had

a lot of our hairs!

Whether the readers may experience allergic reactions

on your clothing, etc. and see if this action bothers you. 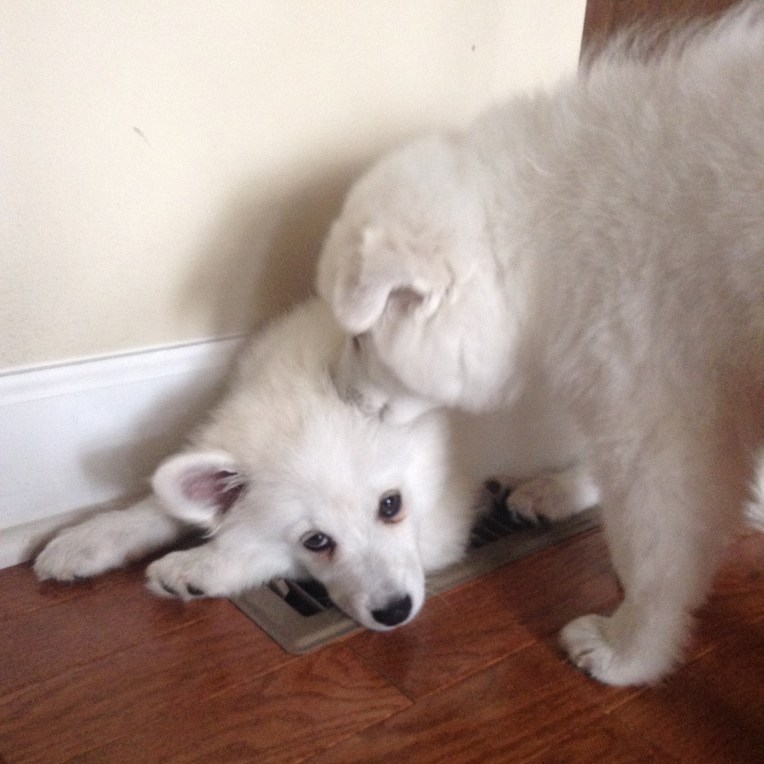 worried one of our owners’ allergy might get worse.

He was sneezing often in the house before we even got there.

It seems his allergic reaction got “better” after we moved in

because he doesn’t sneeze as often as before. 😜

See, Sparky and I may be bringing a lot of allergens from

outside to our house inside, and my owner may have gotten

be stronger on his immune system.

Lots of vacuuming, dusting, well-ventilated rooms. I can handle cats so long as I get enough air, but in a tiny apartment there’s no way.
https://www.reddit.com/r/dogs/comments/1dtjqp/

We, American Eskimo dogs, are intelligent, protective and friendly.

If you teach tricks, s/he will learn very quickly in a matter of days

We are protective against outside family members. When Sparky

was still at 10 weeks, he was barking at strangers yet with some

distance from them. He was also making jumping moves to 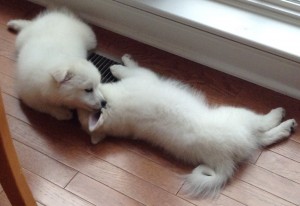 To family members, we are very friendly and are always around them.

We do bark from time to time when meeting other dogs and strangers,

but you can also train us not to bark on occasions that we shouldn’t.

Also, we need a lot of exercises. You need to take us to walk often.

When you don’t, then we will show frustrations by barking more or

chewing more items in the house. We do need bully sticks, see our

other pics or our site for details.

Sparky and I were surprised to hear this!

Our vet told us that they are capable of learning up to 500 different words.
https://www.reddit.com/r/dogs/comments/1dtjqp/

Samoyed almost look like us, and they are also adorable, too.

Samoyed dogs can be also surely a good companion for you.

Do you want to know our differences?

Check here. This information is helpful.

Sparky and I are pure American Eskimo dogs, and I didn’t realize

there are so many well know American Eskimo Mix breeds available.

They are also very cute and can be a good companion for you.

We especially like the following American Eskimo Mix breeds,

but you should take a look at this site and choose your own!

Thank you for reading until the end, and congratulations!

You are officially the expert on American Eskimo!! 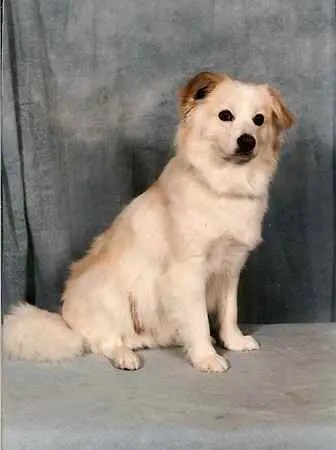